Gender role – are the psychological behaviour pattern which a person adapts to disclose himself or herself as having the status of boy (man) or girl (women). There are lots of behaviour pattern which distinguishes male pattern behaviour and female pattern behaviour. Sexual Orientation is a person’s sexual impulses. In sexual behaviour is further sub-classified into desire, excitement, orgasm and resolution. There are various hormonal and behaviour factors which influence the psychophysiological response of sexual behaviour.

Lack of desire can be a result of chronic stress, anxiety or depression.

Male Erectile Disorder / erectile dysfunction/ impotence. Can be lifelong, acquired or situational. Present in  10 to 20 % of the male population. The cause can be organic or psychological (commonest cause) or both. This is the commonest disorder for which a patient wants to seek medical help, nearly 50% of patients visiting sex therapist have the male erectile disorder. The treatment plan includes pharmacotherapy (use of drugs), psychotherapy. The course and outcome vary depending upon the severity and duration of the disorder.

Inhibited orgasmic disorder or anorgasmia. Can be female or male (retarded ejaculation). Premature ejaculations are also included in this group and these patients require a specific and proper treatment.

In the majority of sexual dysfunction, the treatment consists of psychotherapy either individual or couple (dual sex therapy). Treatment focuses on the exploration of unconscious conflicts, motivation, fantacy and various interpersonal difficulties. In dual therapy both the partners are actively involved in the therapy. Masters and Johanson technique and exercise, sensory focus, specific techniques and exercises for the specific disorder are advised. Behaviour therapy for reduction of anxiety includes systematic desensitization. Medication, hypnosis and special training in deep muscle relaxation are sometimes advocated in treatment. Group therapy – for intrapsychic and interpersonal problems.

Sexual myths, misconception are corrected and proper scientific knowledge is provided in group therapy, which definitely helps to reduce misconception and anxiety.There are very effective pharmacological agents (medicines) available in the market which are useful in erectile dysfunction (sildenafil, tadalafil. Appropriate antianxiety or antidepressants can be used to treat underlined anxiety or depression. There is another group of sexual disorder called Paraphilias which are abnormal expression of sexuality. Pedophilia, exhibitionism, sadism, masochism etc are few of the severe forms and requires intensive treatment. Sex addiction, unconsummated marriage, body image problem are few sexual disorder which are grouped into sexual disorder not otherwise specified.

The last category is gender identity disorder which is actually a separate entity in classification system. Gender identity is a psychological state that reflects a person’s sense of being male or female. Gender role is individuals external behaviour pattern which reflects masculine or feminine behaviours. Gender identity disorders involve persistent desire to be or the insistence that one is of the other sex and extreme discomfort with one’s assisted sex and gender role. These are complex and severe disorders and requires treatment by various medical specialities. Few of severe cases select sex reassignment surgery, they take hormone treatment or may have underlined psychiatric disorder, and require extensive treatment. 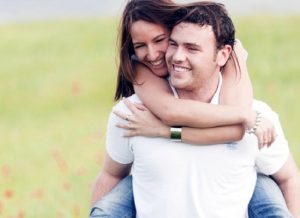